The Madman Anime Festival is a convention that Perth has been pleading for a long, long time. Traditionally only visiting Melbourne and Brisbane, 2017 was the event’s first time coming over to the Western side of Australia. As it has been so deeply anticipated, it had a lot to live up to. I’m afraid that the end result was a mixed bag of joy, enthusiasm, and sadly a little bit of disappointment.

The atmosphere of the event was amazing. Attendees, volunteers and convention organisers alike were ecstatic to be there. Everyone was very friendly. Unfortunately though, the stalls and products were a little sparse compared to other similar conventions such as Supanova or Comic-con, and the panels I went to were slightly disorganised and/or recordings of panels at the Melbourne festival last year. I’m not sure if this was due to a lack of time leading up to the event or simply a result of no-one really wanting to come to Perth guest/retail-wise. I must say that the live panels I did attend were actually quite good discussion-wise but they still ran way over-time and had terrible crowd management. In one case, they cleared everyone out of the theatre to re-join a massive queue and try to get back to their original seats again before the next panel started.

However, what has always attracted me to conventions such as these are not the stalls or panels (although these can be amazing when well-coordinated). What I, and I suspect many people go to conventions such as these for, is the cosplay. The Madman Cosplay Championship prelims and cosplay parades were two stage events that were really enjoyable to watch – even though they were really late, they were worth waiting for.

The cosplay over the weekend was both diverse and spectacular. Sadly, I forgot to take my camera with me on Saturday (I know, one job!) and got there too late on Sunday to get any good shots as most of the cosplayers had left or were busy with panels. Luckily for me, I wasn’t the only one with a camera there. There were plenty of event volunteers who got some amazing photos. You can find them plus some great videos featuring the day here on the Madman Anime Festival Facebook page!

My photos unfortunately aren’t so great as the majority of them were taken on a phone camera. 😦 Regardless, here are a few of my clearer shots from the Sunday Cosplay Parade. There’s not many, sorry! I was in a bit of a bad spot as people kept standing in front of me and I’m the kind of person that once seated at an event is too terrified to get up and move to a different spot. 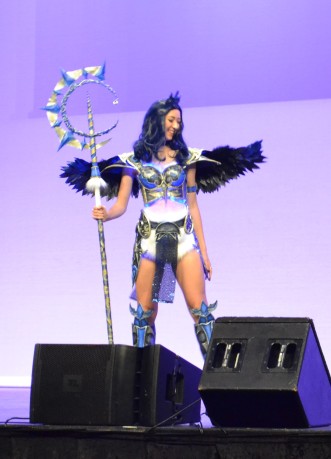 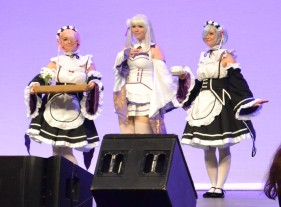 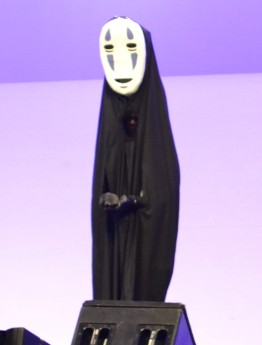 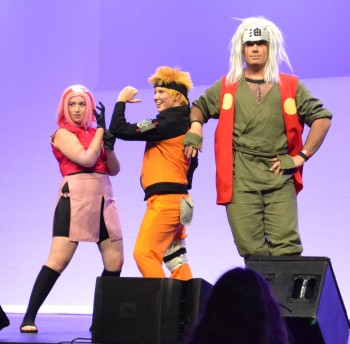 In all, it was a fun weekend and I do hope that it proved worthwhile enough that they decide to return next year. To end on a high note, here is the 1st place winner of the Perth National Cosplay Championship preliminaries, photo courtesy of Madman Anime Festival Facebook page. Incredible!!

This entry was posted on March 6, 2017, 10:50 PM and is filed under Anime, Conventions, Events, Pop Culture, Reviews. You can follow any responses to this entry through RSS 2.0. You can leave a response, or trackback from your own site.