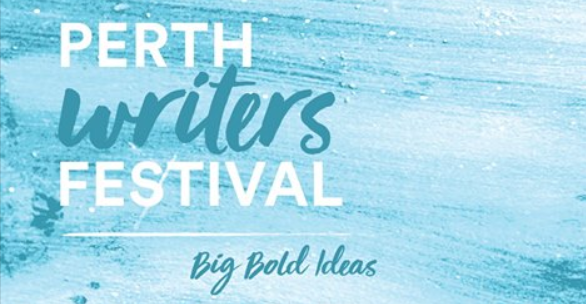 There is one particular weekend of the year that I always set aside, scheduled a year in advance and looked forward to eagerly. Last night marked the start of the 2017 Perth Writers Festival with Ben Rawlence giving a resounding opening address at the University of Western Australia (UWA). Today, the journey through the pages continued with authors from across the word engaging in inspiring, informative, and enlightening discussions.

With over 30 panels being run across the course of the day and me getting there a little late (the search for parking! *seriously needs to learn to parallel park*) I obviously couldn’t make them all. I can only hope that my reviews of the panels I did attend can somehow capture the atmosphere of the day. If you did catch those panels I missed, I would love to hear of your experience in the comments below! 🙂

Set in the impressive setting of UWA’s Winthrop Hall, this panel had opinion writers Lindy West, Sisonke Msimang and Peter Mares discussing the nature of the opinion piece. Specifically, they looked at what sets a constructive argument that aims to inform and influence apart from polemic click-bait that merely attempts to attract attention. The main questions addressed were ‘how does an opinion change anything?’, and ‘who exactly are entitled to an opinion on any one topic?’ I felt that all of the panelists approached the questions reasonably well, with answers that highlighted their individual stories and experiences.

What I found particularly interesting in this discussion was that all of the panelists saw a clear distinction between what they defined as an ‘opinion maker’ – one who can make a statement of any sort and have a large amount of people agree and take action endorsed by that statement (i.e. popular figures, celebrities, etc.); and what they envisioned as an ‘opinion writer’ – someone that sought to use storytelling to present well-researched facts in order to inspire change. Overall, a strong panel.

I’m in two minds about this panel. It was a good discussion, one in which the authors (Anita Heiss, Armando Lucas Correa, and Jacinta Halloran) discussed their individual books and personal stories with clarity and emotion. Their words taught me a little more of those lost times in history that are not generally discussed, but I didn’t walk away wanting to rush to the bookstore and buy their books. I think that the main reason that I left this panel feeling a little dis-spirited was that the end discussion didn’t quite match the session’s blurb. The panelists mainly discussed how their novels were shaped by family stories – or stories influenced by family experiences. They did do this well, don’t get me wrong! They did discuss a little on the research processes that they each required, and how they incorporated the historical aspects of the stories into the end product, but still a focus remained on the personal relationship between the author and the story.

Perhaps the panel would have been better described as a discussion of stories that explore the legacy of family history, rather than the legacy of World War II. I say this only as even though their stories are set at the final years of WWII or the years following, what that relationship meant to the story itself wasn’t discussed as much as I might have expected. That said, I might have just personally interpreted the panel’s description differently that everyone else and as a result had come with contrary expectations. In the end it was a interesting panel, if a bit misrepresented (again, might have just been me!).

This for me was the best panel of the day. It was an enlightening discussion that was packed to the brim with hard statistics and personal research. Hosted by Rosemary Sayer, this panel saw William Maley, Peter Mares and Ben Rawlence attempting to bring into a clearer light the controversial and ever popular issue of migrants, refugees and the role of government in deciding their fates.

As I might have alluded to above, what I enjoyed the most about this talk was that all three panelists brought a vast breadth of knowledge, experience and research into the discussion, showing that the dark and dangerous nature of immigration that the government focuses on and the media amplify are in fact largely baseless. The conversation between the three was effortless as all shared common personal experiences, views and the desire for solutions that can be implemented to ease the strain on those fleeing hardship, governments being pressured to help regardless of budgets and elections, failed states drowning in persistent problems, and the world in general. Fantastic discussion, I really enjoyed it.

Best quote of the day? William Maley on the weak correlation between asylum seekers/migrants and terrorism: “It is more difficult to import foreign salami and cheese into Australia than a terrorist”.

This entry was posted on February 24, 2017, 10:38 PM and is filed under Events, History, Reviews, World Politics, Writing. You can follow any responses to this entry through RSS 2.0. You can leave a response, or trackback from your own site.